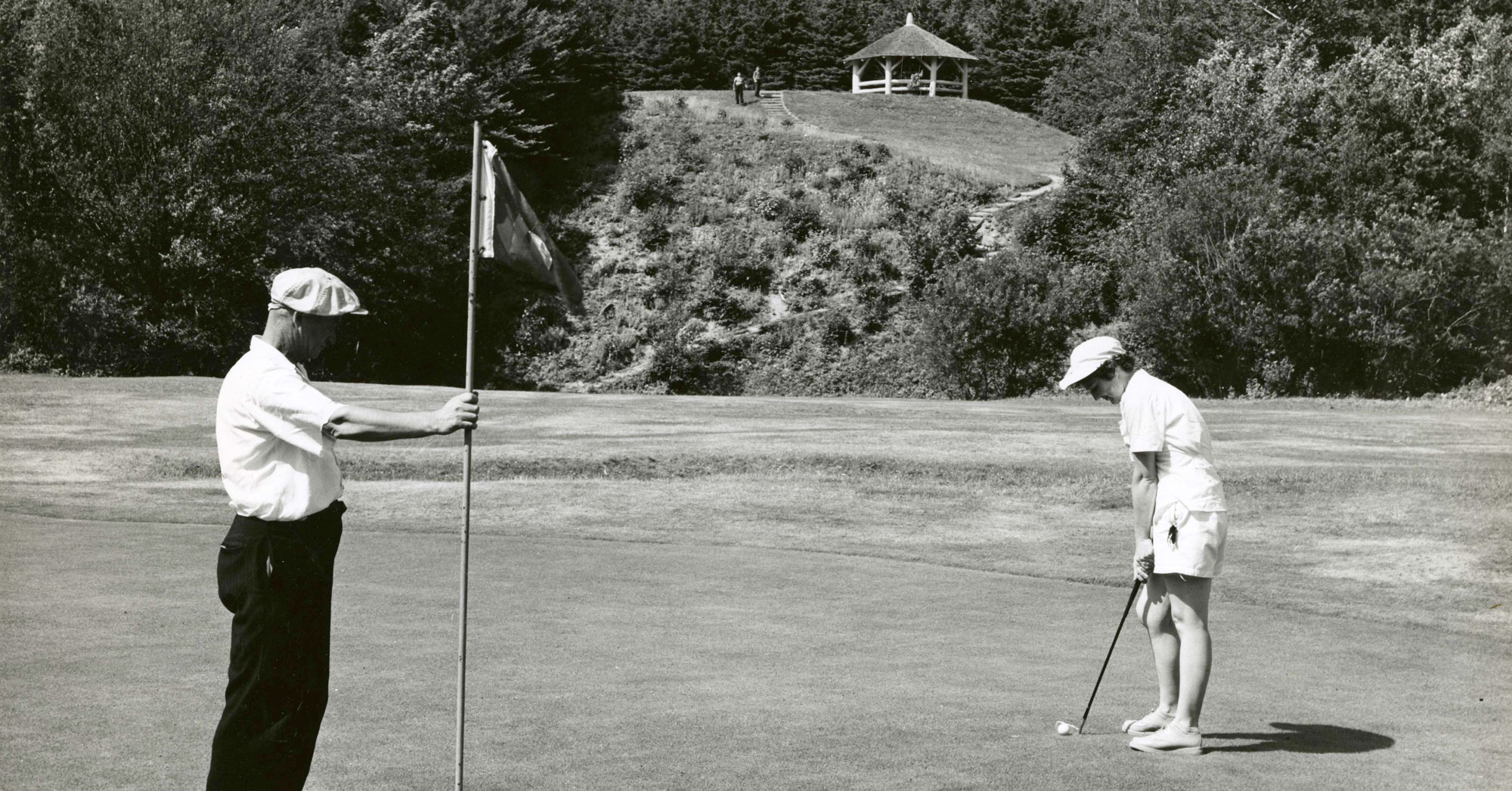 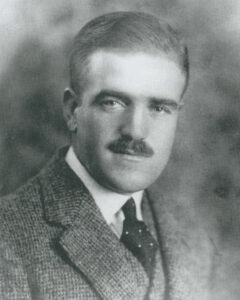 In 1939, when the National Park Service hired Stanley Thompson to design and build what he later called “the mountains and ocean” course, he told friends that it was the best contract he ever had. He was given one of the country's most scenic and awe-inspiring national parks, and had just one mandate: take advantage of it. The result is an inspired piece of architecture that has proved to be one of Thompson's finest design achievements.

Cape Breton Highlands Links began as a nine-hole course with Thompson convincing his employers that a second nine holes was essential. Normally one to remain with his original plan, Thompson changed the routing of the course during construction to follow the Clyburn River, an integral element of the final layout.

Given the size of the project, construction progressed quickly, taking just two years. It was difficult to bring machinery to the site and local laborers did much of the work by hand. A great deal of the course was clear land and much of the growth of the surrounding vegetation has come since. On many holes, few trees were present and it's a tribute to Thompson's vision that with all the growth, the course has retained its shape.

Many have referred to Cape Breton Highlands Links as Thompson's homage to golf's Scottish roots and St. Andrews in particular. Holes have names like “Heich O' Fash” (which means “Heap of Trouble”) and many of the fairways are remarkably similar to Scottish topography. The seventh hole, Killiecrankie, resembles the long narrow pass of Killiecrankie in the Highlands of Scotland—a wooded gorge that played a significant role in Scotland's history in 1689.

Some of the same tests that have challenged golfers since the 15th century can also be found at Cape Breton Highlands Links. The fifth hole, “Canny Slap,” is similar to the most famous one-shot hole in golf, St. Andrews' eleventh hole, “Eden.” Other typical Scottish trademarks include heroic tees with their long forced carries, blind tee and green strokes, rolling fairways, dune-like mounds, pot bunkers, small undulating greens, seascape panoramas and ever-present heather.

Balance for the golfer was another critical component in Thompson's design: balanced stroke values for each fairway, balance in overall architectural design, and the balanced combination of scientific stroke-making along with the beauty of the natural landscape.

In 2002, Sports Illustrated gathered a panel of golf historians and experts to rank the schools of golf course design in order of influence. Stanley Thompson's ranked fifth. And the most influential course to arise from that school, according to the panel? His “mountains and ocean” course, Cape Breton Highlands Links. 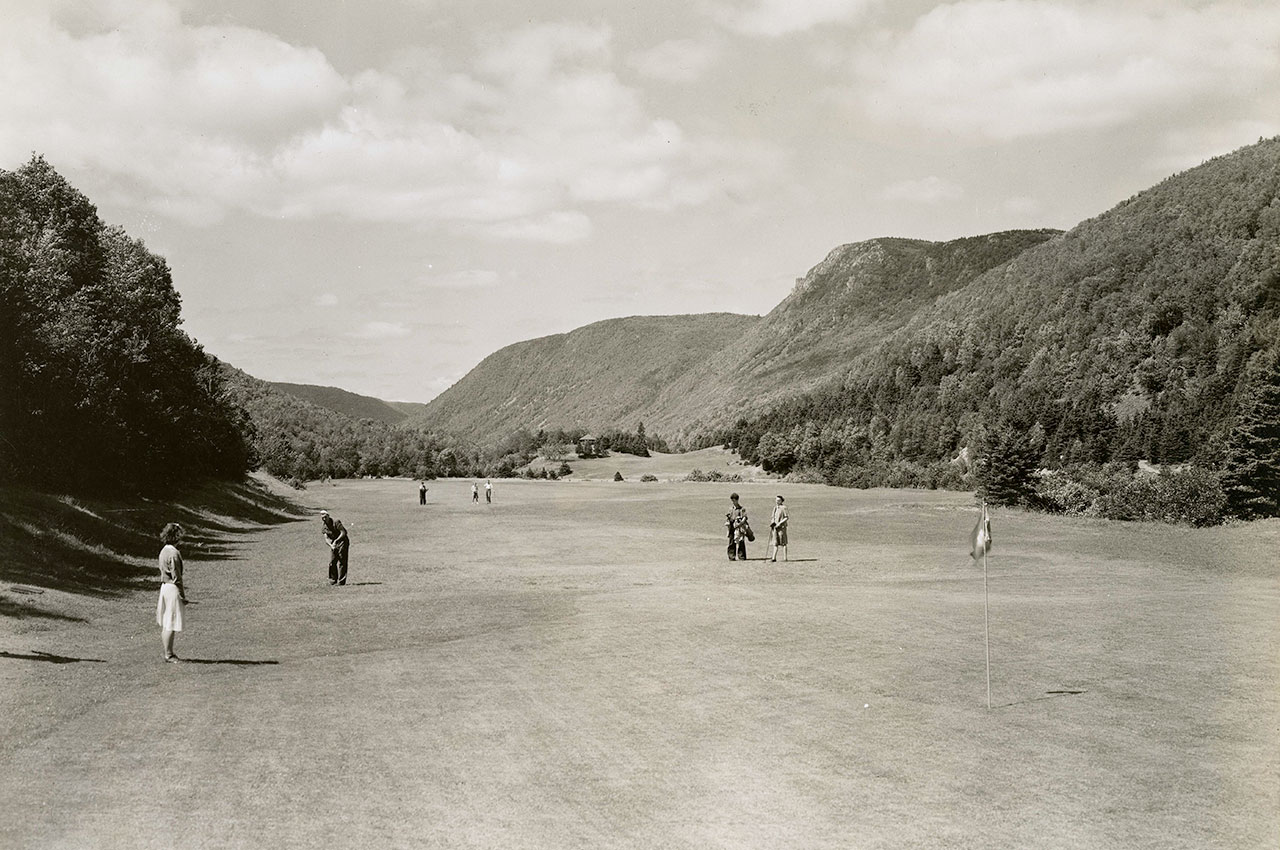 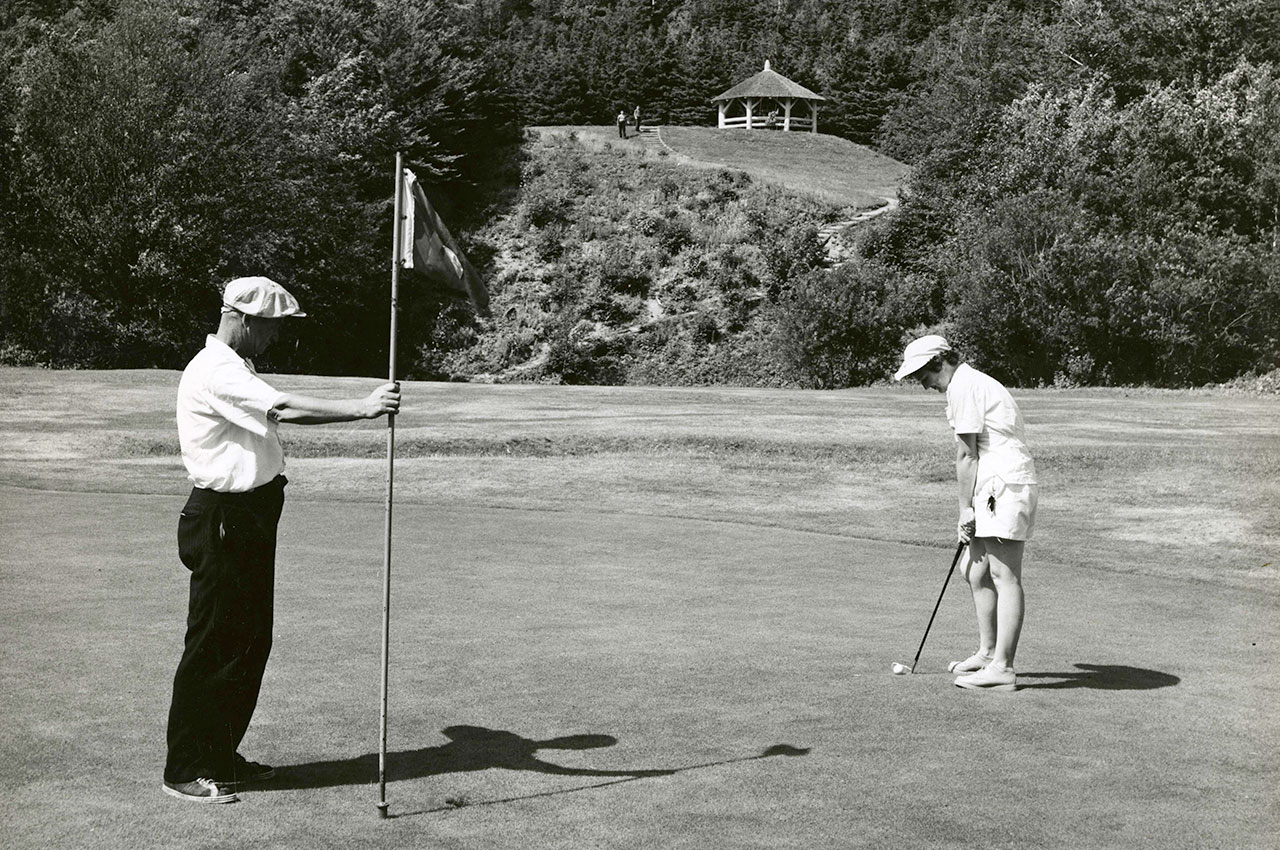 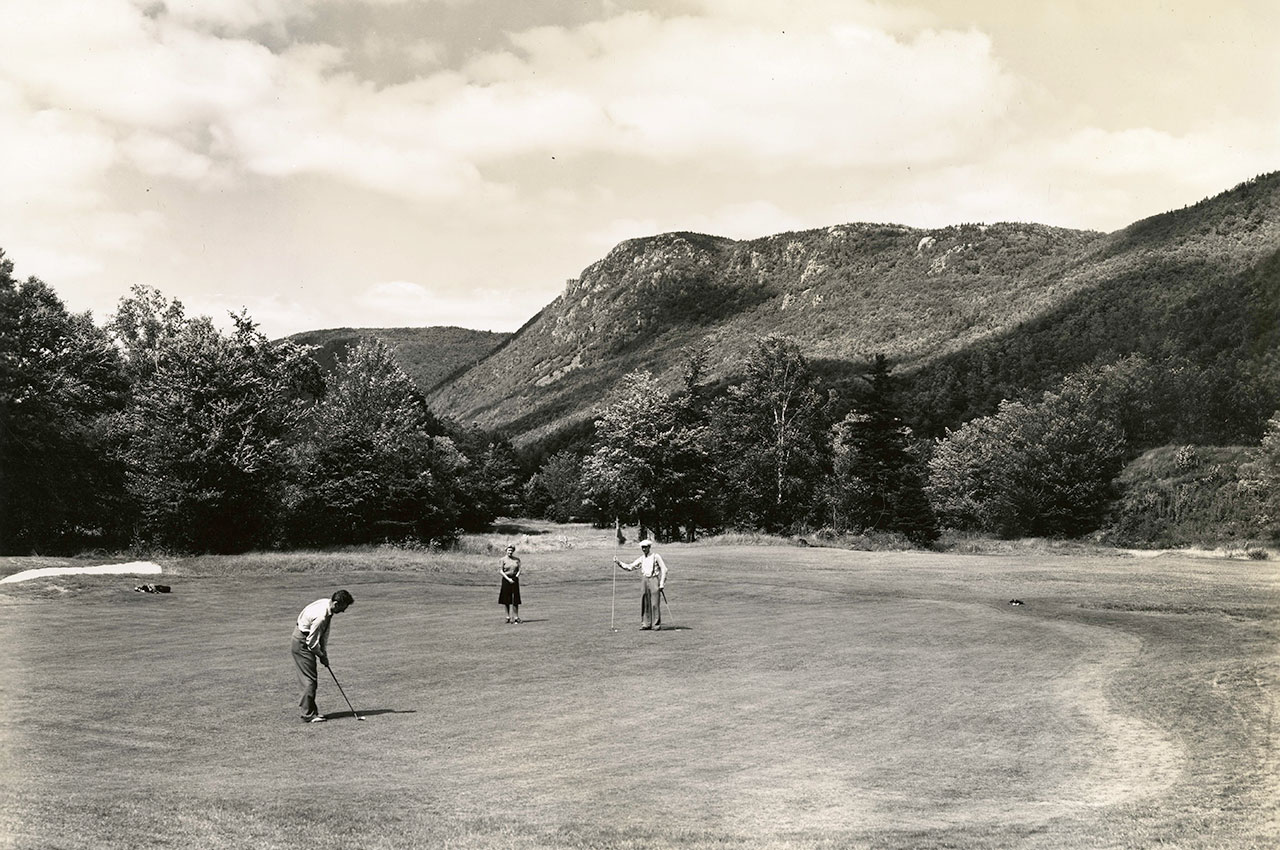 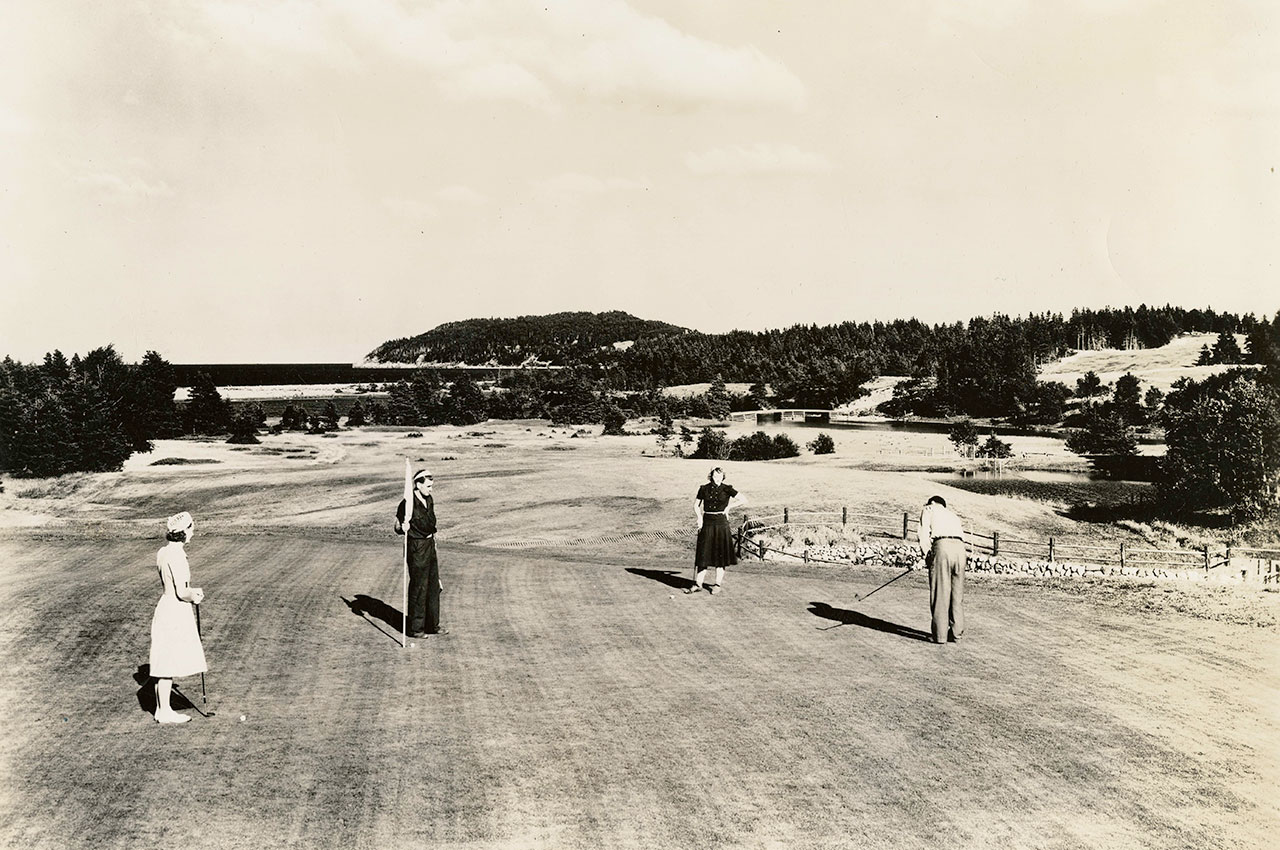 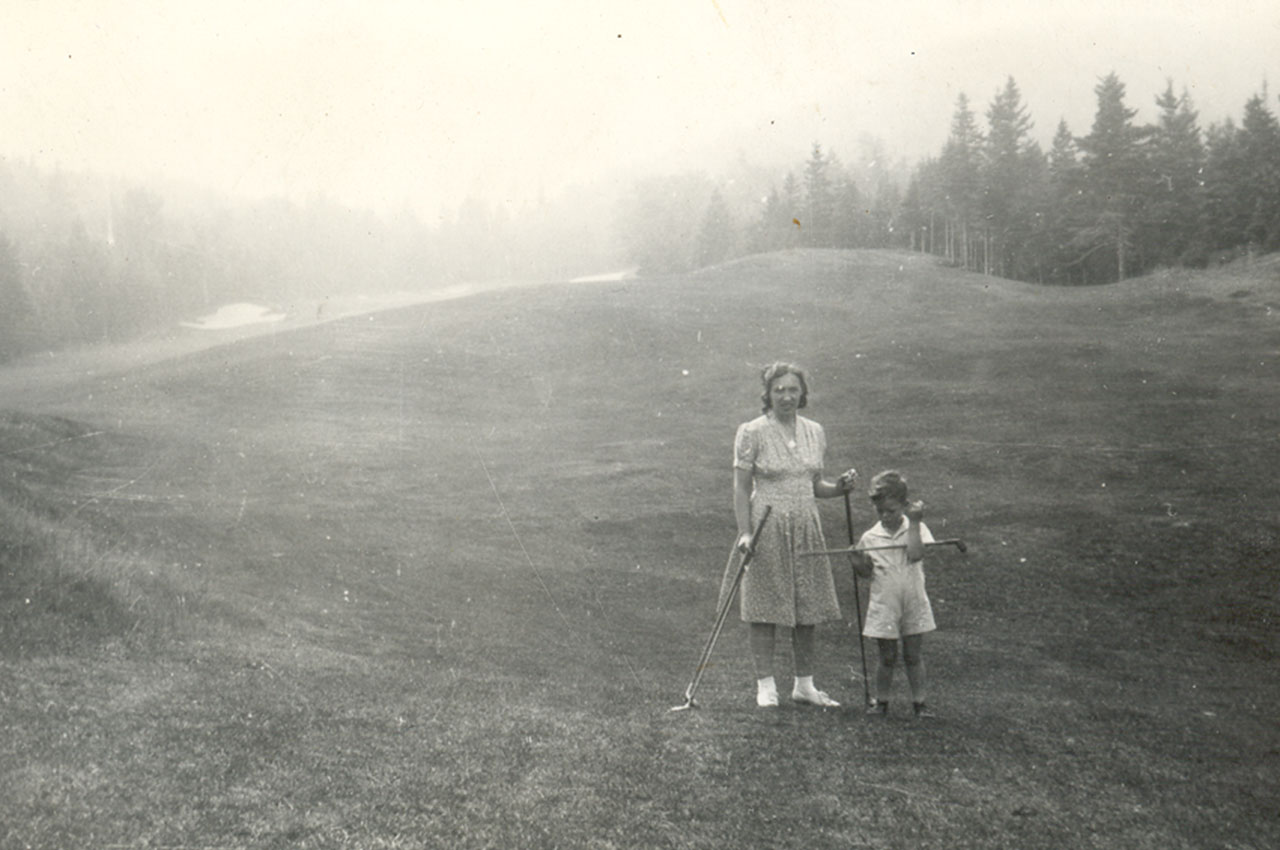 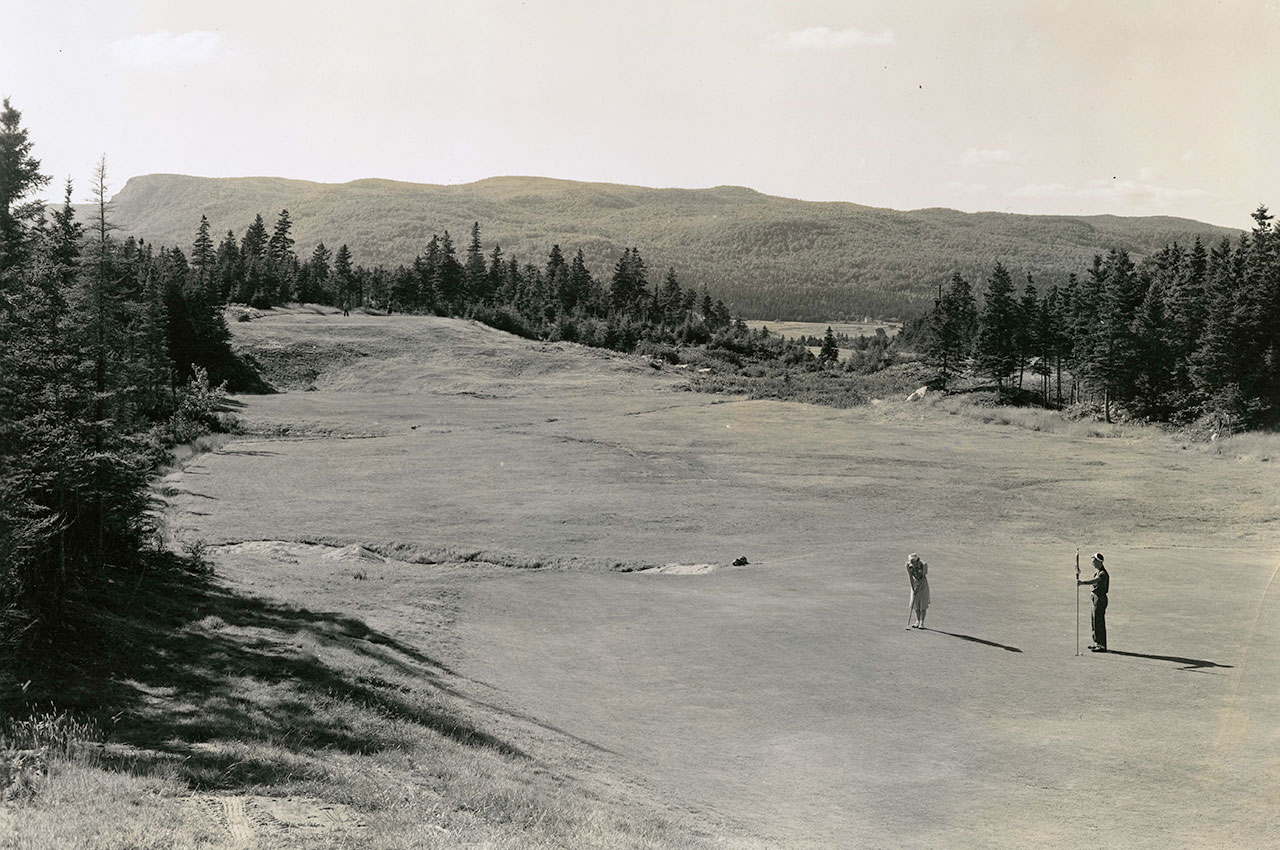 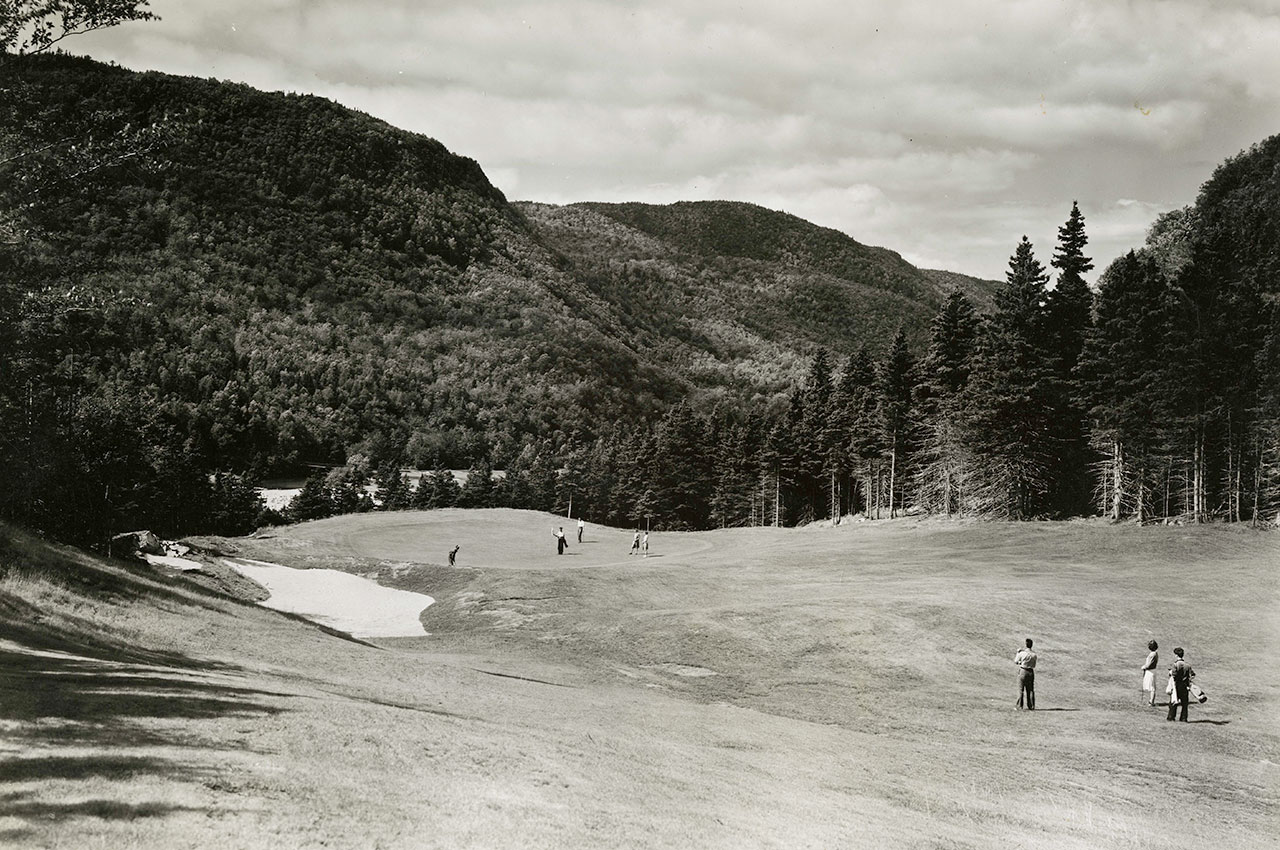 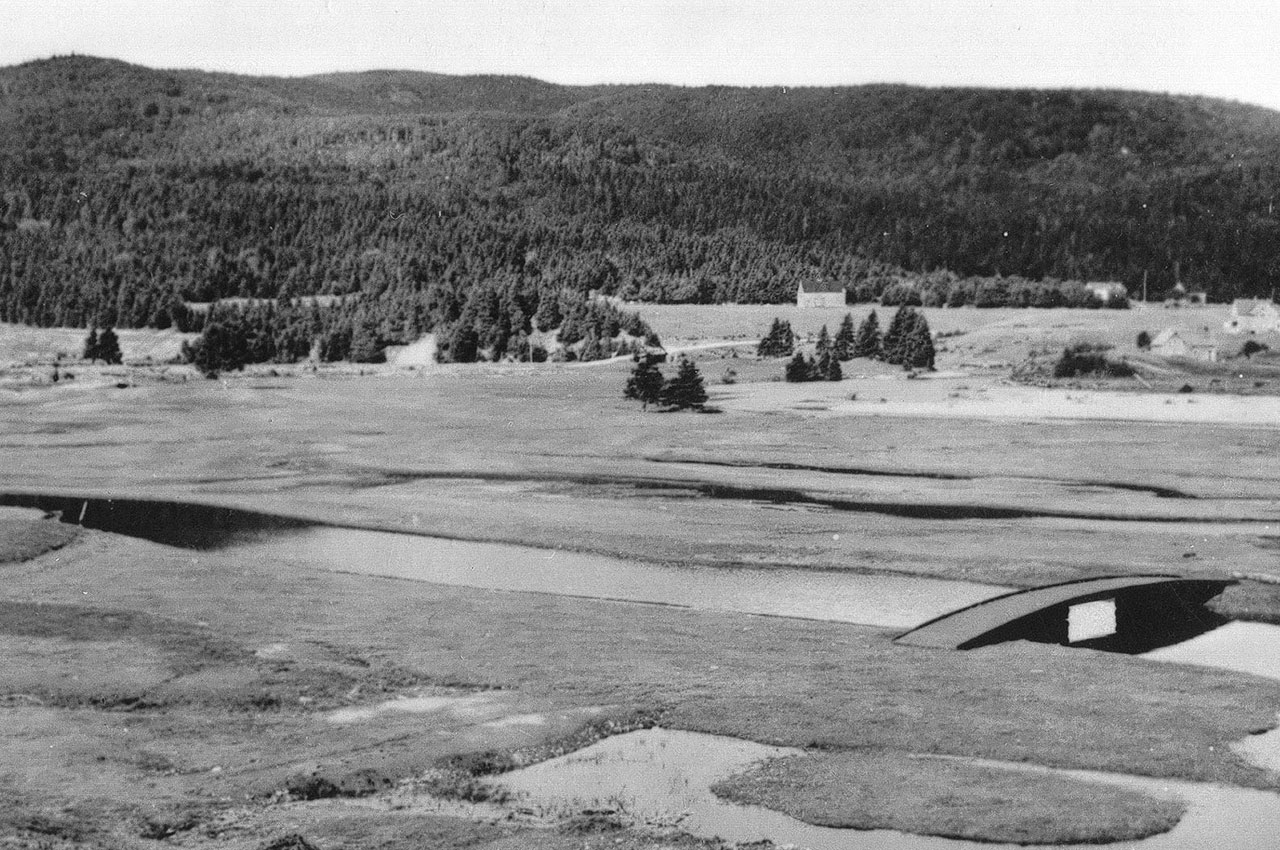 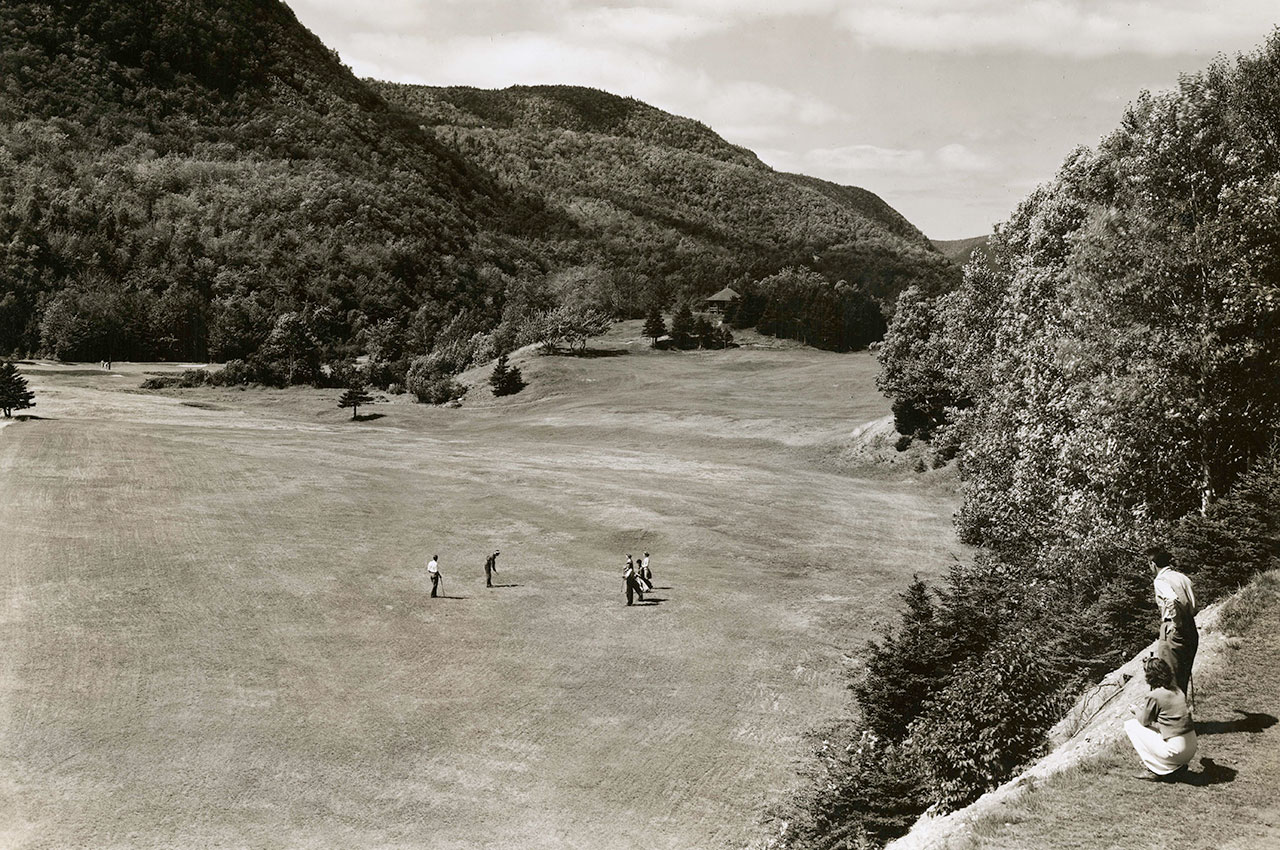 #3 Favorite Golf Courses in the World
Ranked by Enroute Magazine, 2008 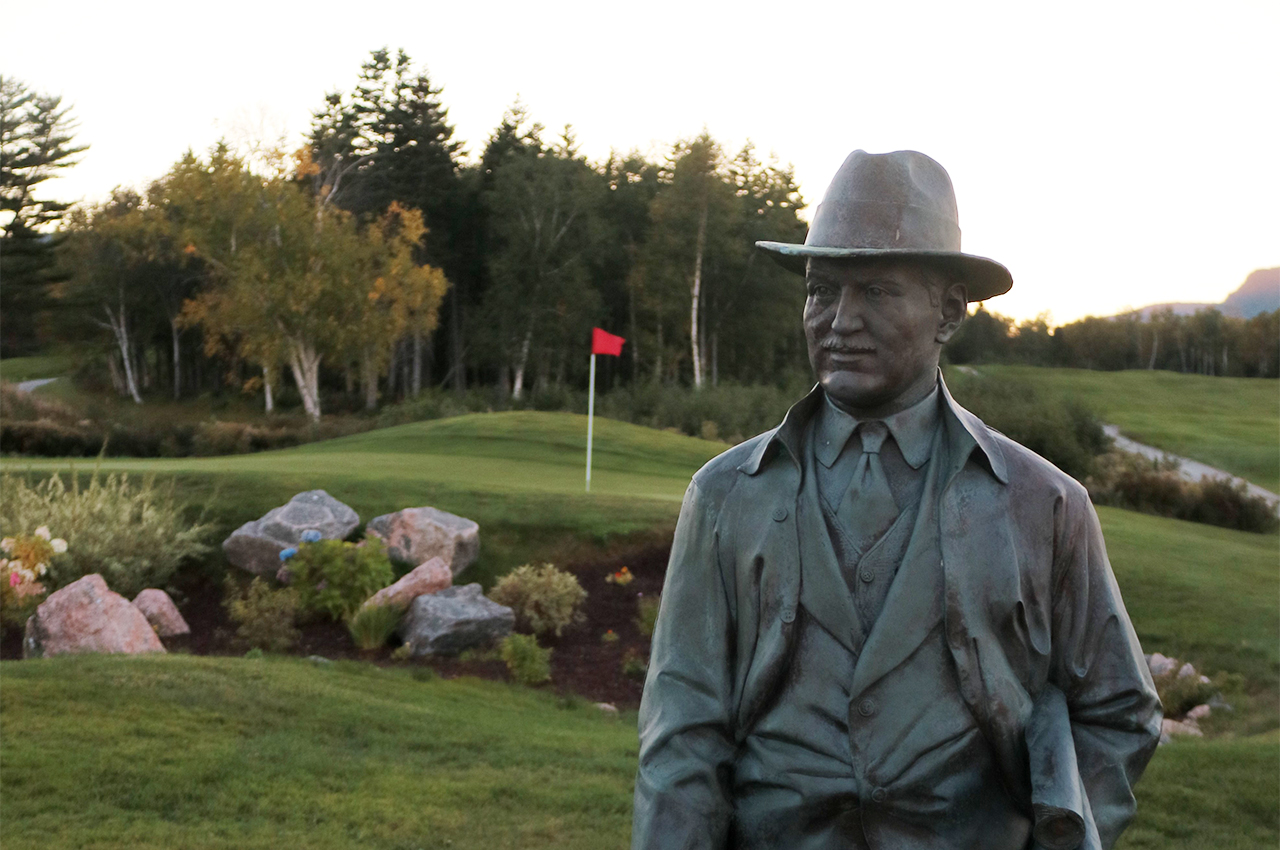 The idea for the Stanley Thompson statue began during a golf outing at Cape Breton Highlands Links in the fall of 2007. A group of good friends started asking what if we could do something that would enhance Cape Breton Highlands Links as one of the best golfing experiences in the world—what if we could give something back to the course and the community of Ingonish?

After some discussion this group of friends decided to form a group with the goal of raising funds for the creation of a monument. The vision was a monument that would recognize the course designer, the legendary Stanley Thompson, and the community of Ingonish which provided the land and labour for the creation of the course which officially opened on July 1, 1941.

In early 2008, a fundraising plan was successful in raising the funds required to complete the bronze statue of Stanley Thompson, as well as the commemorative plaques that are now proudly displayed near the number one tee on the course. The Stanley Thompson statue was created by Canadian Sculptor Robert Dey and was official unveiled September 16, 2012.

In 2016, in recognition of the resort’s 75th anniversary, GolfNorth had a plan to re-establish Cape Breton’s Keltic Lodge at the Highlands and Cape Breton Highlands Links as the number #1 destination for food, golf, scenery and hospitality in Canada with over $5 million in improvements.

Over the 2015/2016 winter, Keltic Lodge had an ambitious plan to upgrade, renovate and create a variety of accommodations, facilities, golf course and customer service enhancements. The desire was to radically improve the Keltic experience for visitors, while honouring the history of this iconic landmark. Areas that saw the most attention included; renovations to Ceilidh Hall and the Arduaine Restaurant, additional rooms, enhancements and modern washrooms in the Corson House, and the addition of several executive suites for golfers situated a pitching wedge from the first tee! GolfNorth worked closely with Parks Canada, Destination Cape Breton, and the local community to ensure that these improvements were successful and completed in time for opening in 2016. 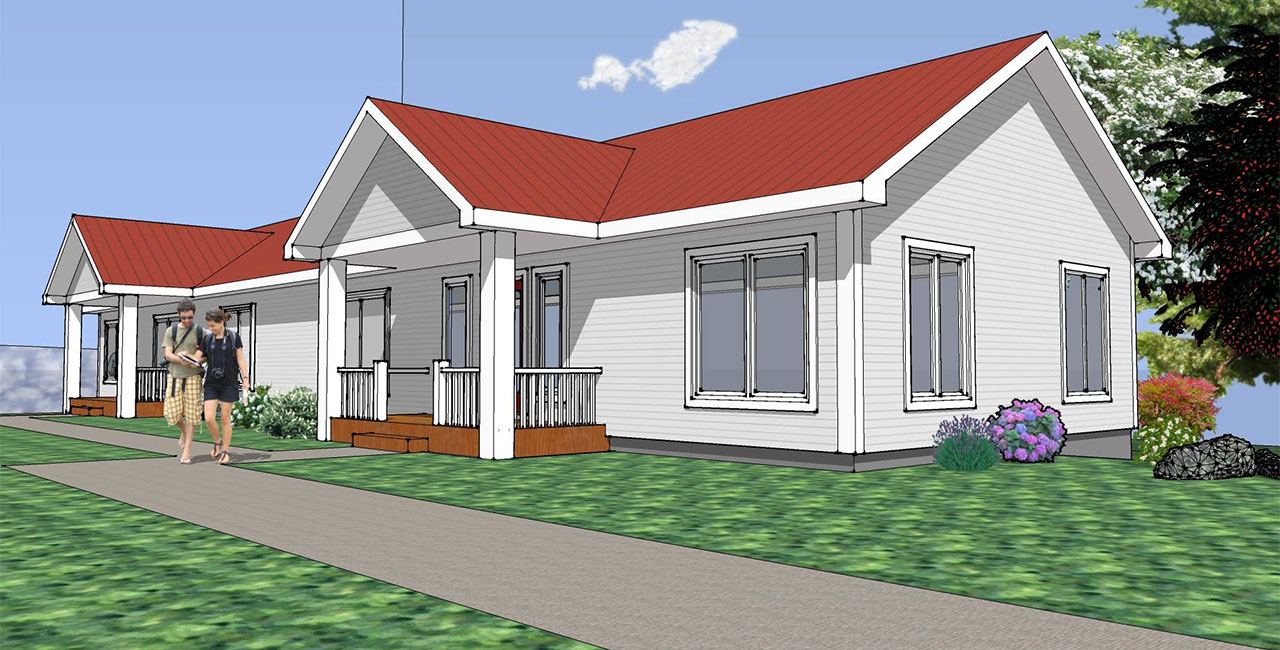 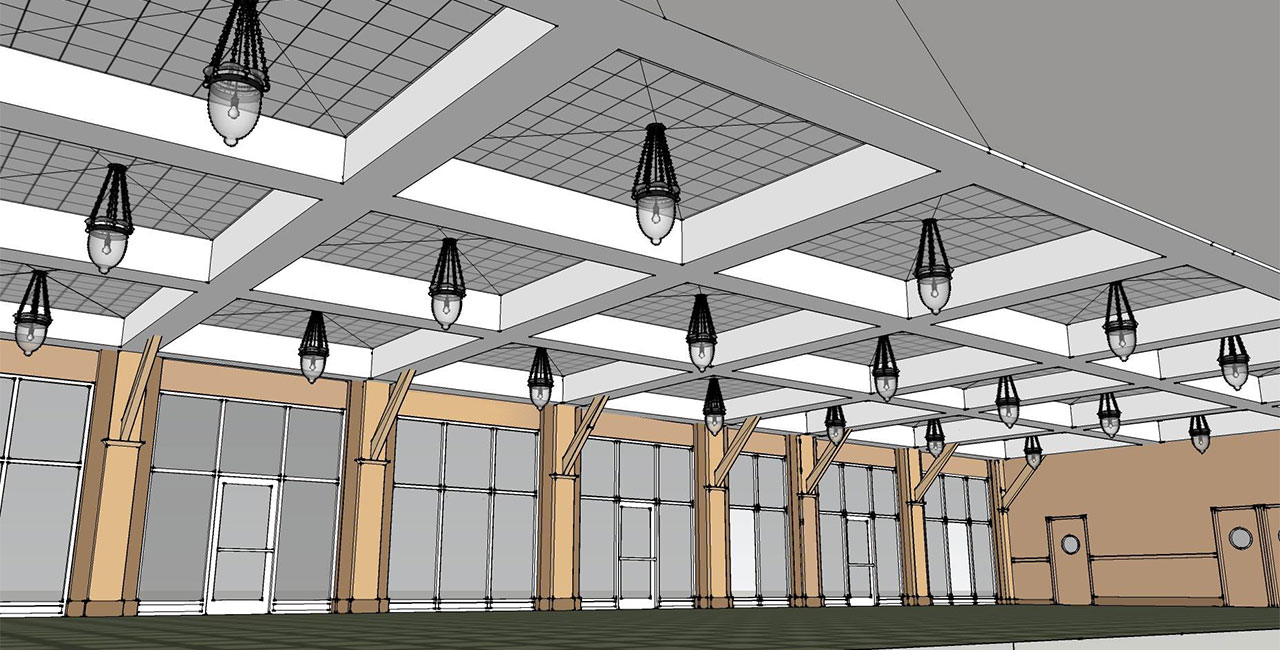 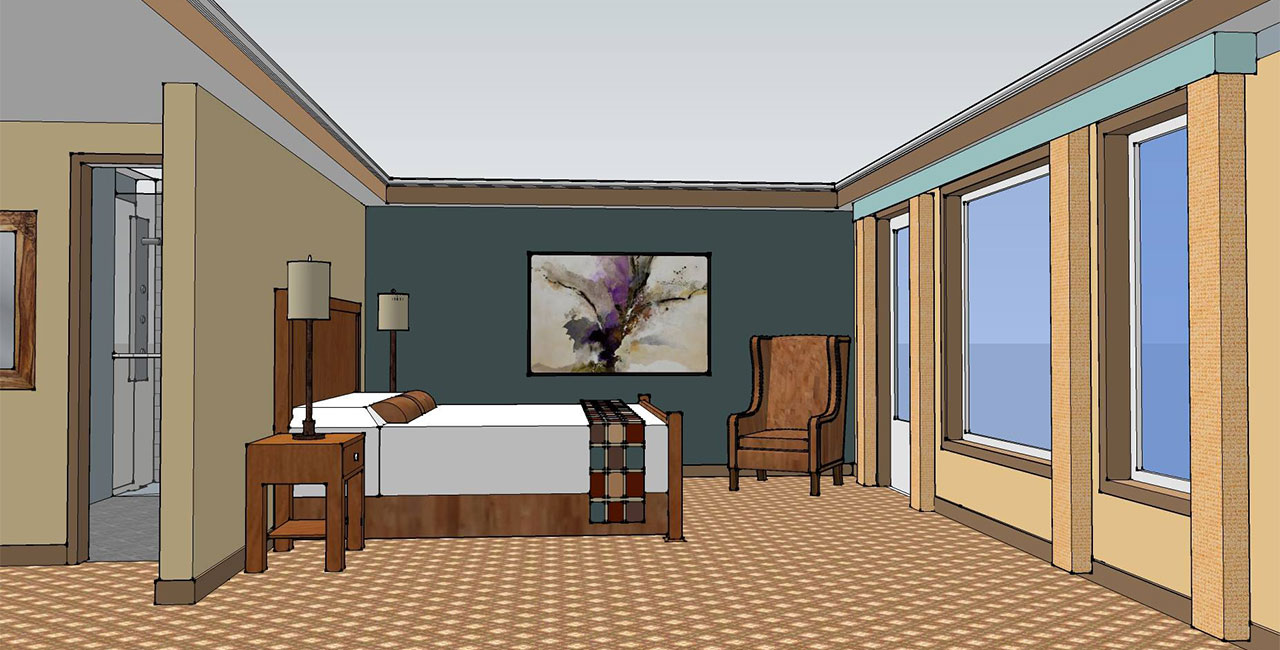 Ian Andrew Golf Design Inc. has been working closely with the Cape Breton Highlands Links to develop a master plan for the complete restoration of the property. In the spring of 2011, as a result of a major storm, the restoration of the 57 sand bunkers began.

Ian Andrew was able to capture the imagination and genius of Stanley Thompson's original layout. He had access to archive materials, aerial photos and materials from the people of the area, to get as true a picture as possible for the location and shape of the bunkers.

A number of bunkers have been put back into play, like the two back bunkers on five, two huge fairway bunkers on eighteen and dramatic changes to the size of 13. The bunkering on the Highlands now demonstrates Stanley Thompson's use of the landforms to help illustrate the beauty of the greensite and surrounding landscape.

In addition to the bunkering project, the staff have made excellent headway in the removal of the tree covering surrounding many of the greensites. This intense tree growth had choked off the turf on the greens and tees, creating unsightly and unplayable greens surfaces. The tree clearing has now made for very good greens, increased wind effects on shots into the greens and has provided some of the most incredible view planes to be found in golf anywhere in the world.